Can Bilinguality Help Autistic Children Better Fare in Their Communication

Can Bilinguality Help Autistic Children Better Fare in Their Communication

Autistic children are often seen to struggle while switching from one task to another. However, a recent study has observed Bilinguality is often a boon and may help them communicate better.

Professor Aparna Nadig says, “This finding is equally surprising to all of us.” Prof. Nadig is the senior author and is based out of McGill University. Over the past decade, there has been an ongoing debate about the subject whether bilingualism has an advantage when it comes to executive functions. Other researchers have convincingly argued living as a bilingual person helps one to switch languages, although unconsciously while responding in the linguistic context which assists in increasing cognitive flexibility.

Nevertheless, the researchers note there is no credible published evidence that demonstrates this underlying advantage that benefits children with autism condition. It is equally exciting to find it actually does, explains Prof. Nadig.

The conclusion was arrived by the team after carefully comparing a batch of 40 children between ages six to nine years. The batch consisted of mixed groups of children with and without autism condition and was given simple computer-generated tests.

The children were seen to be able to easily shift tasks without hitting any roadblocks.

During the start of the assessment program, the children were asked to sort single objects that appeared on computer screens in blue or red color. Children were instructed to sort and switch similar objects instead of their shape irrespective of their color.

Interestingly, the team observed bilingual children being able to better perform or in some cases outperform their other participating peers. The team suggests the findings can affect with far-reaching implication to families with a history of autism.

Ana Maria, Ph.D. graduate and paper’s first author comments, “One should understand the importance of having sound evidence when it comes to child rearing and educational decisions about the child’s future.” Ana notes, often parents are ill-advised that having their child exposed to more than one language leads to further complications.

There are many families who have seen their autistic children use two or more languages as a way of communication medium without any hassles.

Although the study was undertaken is smaller in size, the team believes in the bilingual advantage that autistic children are gifted with.  The authors believe, these findings have significant implications and further studies are required for an in-depth understanding of the recent finding. The team plans to follow the autistic participants over next couple of years to understand how bilingualism effects their development. 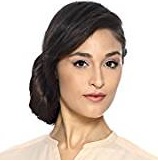